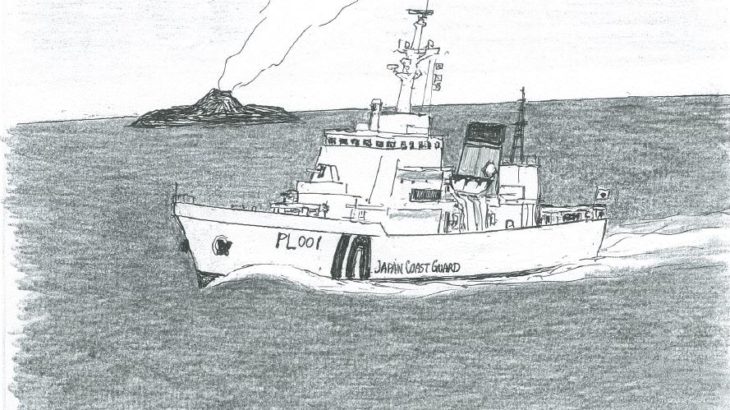 In 1973, out of blue, a submarine volcano in the Pacific Ocean surfaced after the eruption, to become the new island belonging to Japan, and since then the island is growing daily, thus increasing the size of Japanese waters. The name of the new island is Nishino-shima, meaning “Island of the West”, because it is located in the West of Chichijima island. The distance from Tokyo to the baby island is about 1,000 Km to the South. 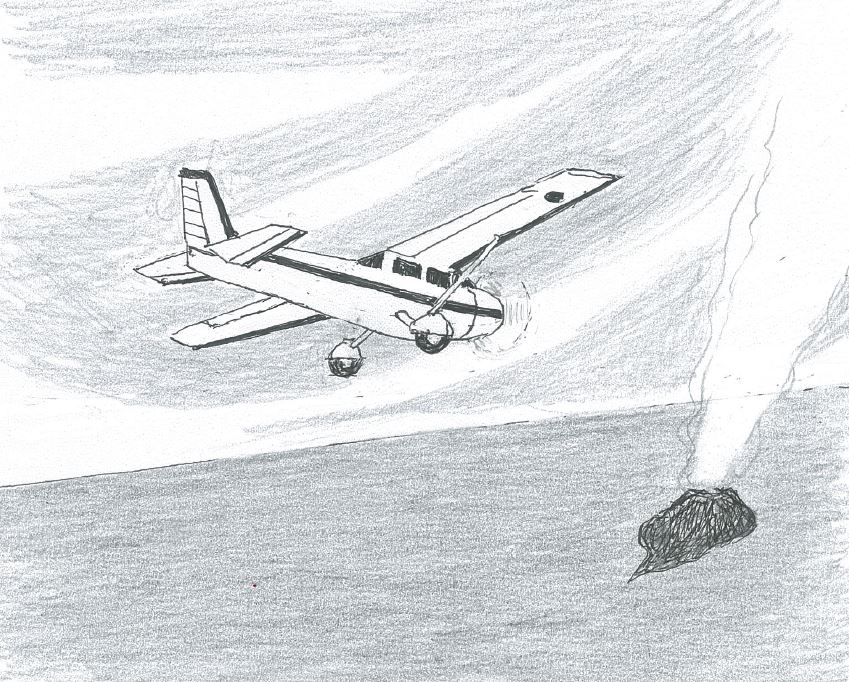 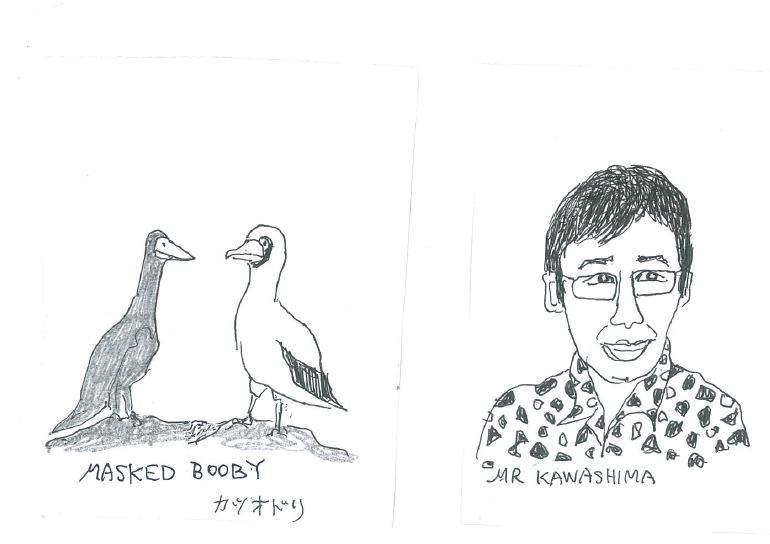 The volcano island is still active and hot but it has already become a habitat for several kinds of birds including cute Masked Booby. A researcher Mr. Kawashima is one of the first human beings to land

It is like catching the story described the birth of Japanese land in Kojiki = The Records of Ancient Time, which is the oldest historical book compiled in the early 8th century. In it, the first island of Japan, Onogorojima was created by a pair of god, Izanagi and Izanami as they stir the sea with a spear, found the drips from it formed the island.

If you see the geological map of Osaka bay, the island of Onogorojima – very close to the Southern tip of Awajishima- located right on the Median Tectonic Line stretches from Kyuusyuu to the middle part of Honsyuu, which suggests that the island had been developed by a series of huge seismic activities took place in the old days.

Kojiki and Nihonshoki= the oldest official chronicles of Japan, compiled 8 years after Kojiki, together provide important records of geological events such as earthquakes, floods, and landslides of the past. 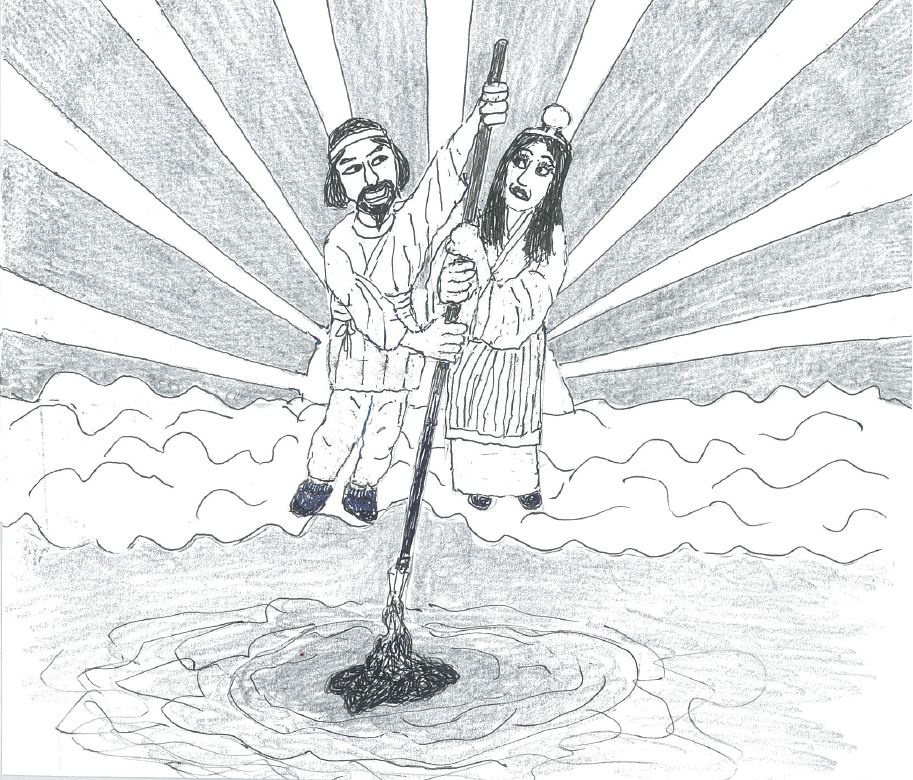 Japan is a small country, with the ratio of Japanese land area is only 0.28% of the world total land, or the ranking of 60th among the nations. But the size of the waters (territorial sea plus EEZ) are world 6th largest, after USA, Australia, Indonesia, New Zealand, and Canada, The total area of the waters are 4.5 million sq. Km making it 12 times bigger than the land area.

Why? It is because Japan has so many islands (more than 3 thousands), and some of them are located a few thousand Km away to the South, the South-East and the South-West from the main island of Honsyuu. The latitude of the southernmost island, Okinotorishima is almost the same as the Northern tip of The Philippines,

Each of these isolated Islands demand their own territorial sea and EEZ, sum of them become very very large. If you fly from the Northern tip of Hokkaido to one of the Southern-most islands, it would easily take 3 to 4 hours by a jet airplane, flying over Japanese waters all the way. 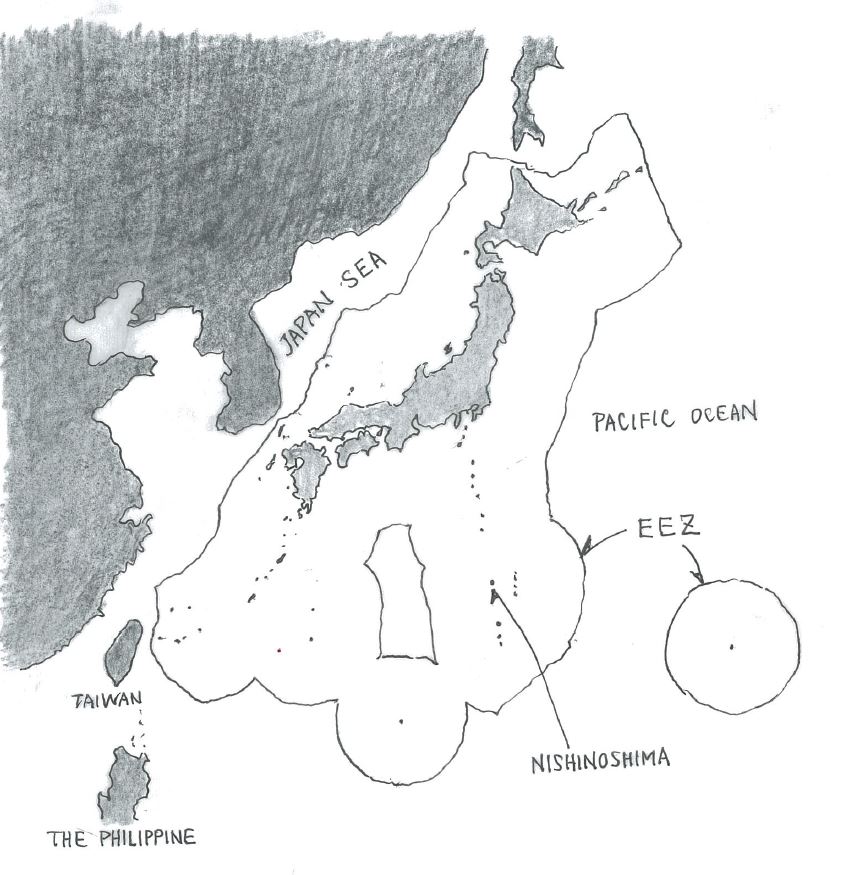 The wet area is far greater than the dry area. No wonder Japanese is tearful! 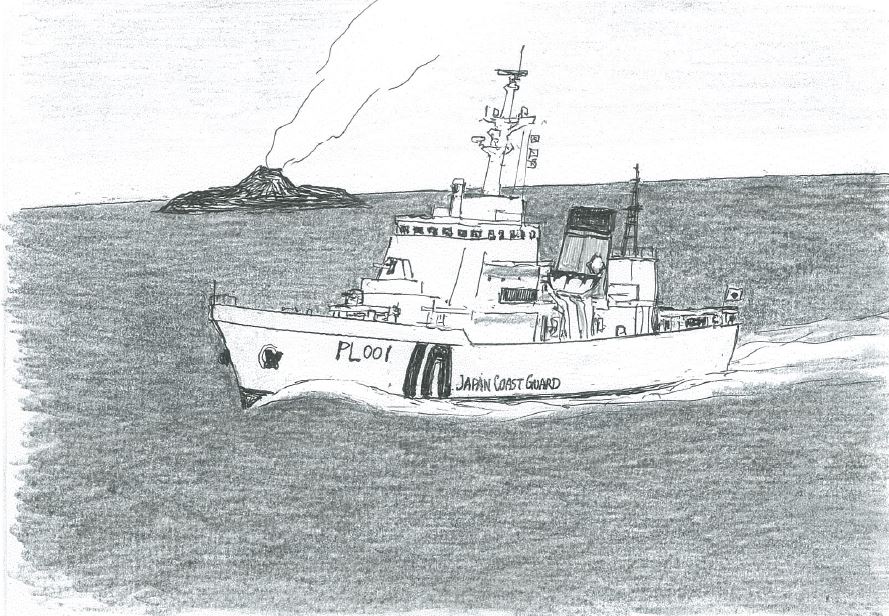 A patrol boat of Japan Coast Guard and Nishinoshima